Today, Electronic Arts Inc., unveiled the official EA SPORTS™ FIFA 21 soundtrack with music from different cultures and sounds that represent global fans from all over the world. Featuring over 100 emerging and renowned artists from 23 different countries across the FIFA 21 and VOLTA FOOTBALL soundtracks, FIFA 21 is representing global culture like never before. International headliners such as multi-Grammy Award winning global superstar Dua Lipa, Brazilian pop sensation Anitta, Charli XCX, Disclosure, and Stormzy are celebrating the world’s game with the hottest artists-to-watch including Tkay Maidza, Madame Gandhi, Chløë Black and more to offer the latest in grime, electronic, and hip-hop. 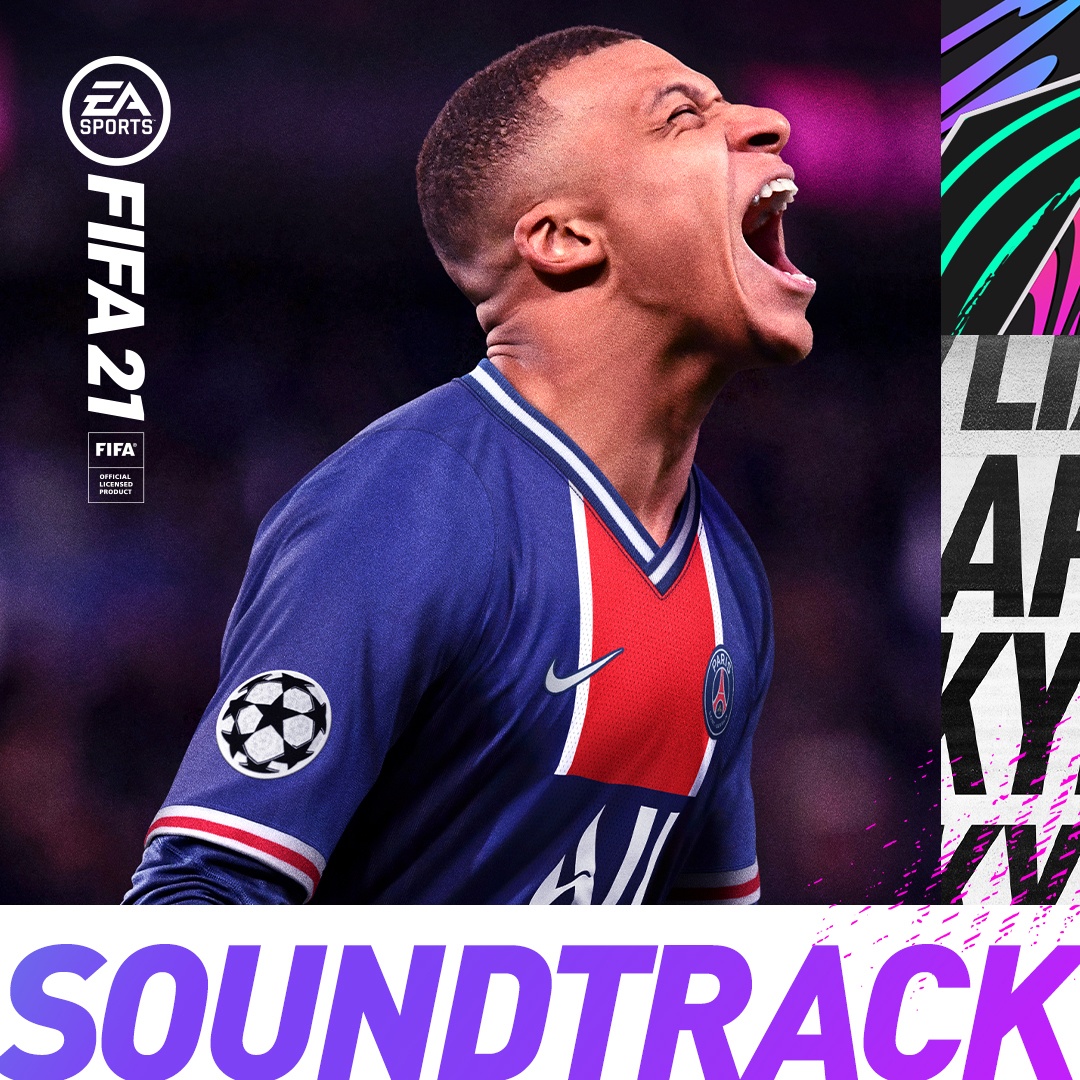 “At a time when our shared connections mean more than ever, the soundtrack to EA SPORTS FIFA 21 defines global culture like never before,” said Steve Schnur, President of Music, Electronic Arts. “The days of borders – musically speaking – are gone. Our soundtrack goal is to change the way players around the world hear and experience football and introduce them to new music that will change their lives.”

To bring FIFA 21 players together as one world, fans will be able to listen to the VOLTA FOOTBALL Soundtrack while playing other modes, such as FUT and Career, and enable settings to hear both FIFA 21 and VOLTA FOOTBALL tracks across all menus. Both the FIFA 21 and VOLTA FOOTBALL soundtracks are available today on major streaming platforms including Spotify, Apple and Deezer. Fans can also pre-order* FIFA 21 before October 9th and get new FUT Kits designed by Anitta, Rema, Lil Mosey, DAVE and BEAM.

To help celebrate the all-new soundtrack, fans can also experience the first-ever FIFA World Celebration, where more than 40 global artists featured on the FIFA 21 Soundtrack will come together on their respective channels to celebrate the FIFA 21 World Premiere and the upcoming launch of the game. Fans can tune in to see performances from Dua Lipa, Diplo, and Anitta, all taking place on October 1, along with in-game giveaways and more. Stay tuned to @easportsfifa for the full schedule of performances and more info on how fans can join in celebrating The World’s Game.

“Brazil is known worldwide as ‘the land of futebol’. For me, it’s a dream to have ‘Me Gusta’, which combines quintessential Brazilian sounds like Funk, Pagodão and Arrocha, featured on this soundtrack – to be able to bring some of our Brazilian flavor around the world via this incredible game,” said Brazilian pop superstar Anitta.

EA Play members can also be among the first to get on the pitch early starting October 1, with an early access trial (including pre-launch challenges), start of Season XP Boosts for FIFA Ultimate Team, recurring FUT kits and stadium customization item rewards throughout the season, plus 10% off FIFA Points.

FIFA 21 is developed by EA Vancouver and EA Romania and is available worldwide October 9, 2020 on PlayStation®4, Xbox One, and PC via Origin™ and Steam.