Dollar drops broadly today, partly due to month-end flows, and partly as position adjustment ahead of the first one-on-one Presidential debate between Donald Trump and Joe Biden. Nevertheless, Yen and Canadian Dollar are slightly weaker. On the other hand, Aussie and Kiwi are picking up some steam for a strong rebound. Trading in the stock markets are actually subdued. Resurgence in coronavirus infections in Europe saw daily cases in the Netherlands hit record high. Total deaths also passed the “agonizing milestone” of one million. But traders’ immune systems have already geared up against… pandemic news.

Technically, a couple of levels need to be taken out decisively to confirm that Dollar’s rebound has completed. The levels include 1.1752 resistance in EUR/USD, 1.3007 resistance in GBP/USD, 0.9200 support in USD/CHF. Meanwhile, AUD/USD and AUD/JPY will also have to overcome 0.7192 resistance and 76.11 resistance respectively to confirm completion of the corrective pull back. We’ll see how it goes. 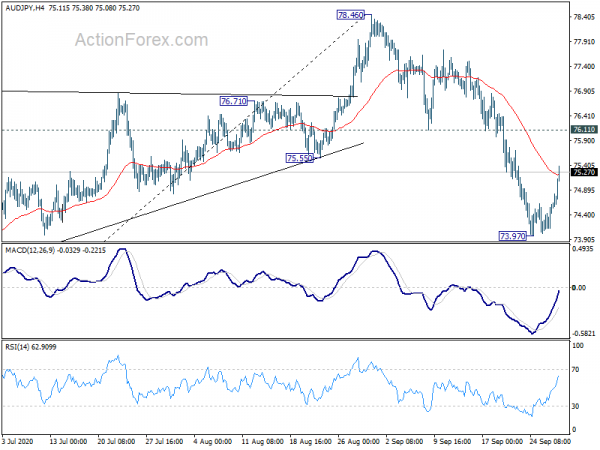 US goods trade deficit widened to USD -82.9B in Aug

Eurozone economic sentiment rose to 91.1, improvements in all large economies

From a country perspective, the ESI continued to recover in all the largest euro-area economies, namely in Italy (+8.4), France (+5.8), the Netherlands (+2.1), Spain (+1.6) and Germany (+1.2). All in all, in these countries, between 55 (Spain) and 80% (Germany) of confidence losses suffered during the lockdown were recovered.

In the Summary of Opinions at BoJ’s September 16-17 meeting, it’s noted that it’s “unlikely” for Japan’s economy to “rebound significantly”. Domestic demand, mainly in services consumption, will “likely remain at a low level” due to the pandemic. A “clear V-shaped recovery” has been seen in some sectors, but recovery in demand is “still no in sight in other sectors”.

Year-on-year CPI is “likely to be negative for the time being”, is expected to “turn positive and then increase gradually with the economy improving”. Thus far, “deflationary price-setting behavior” for retaining customers “does not seem to have been widely observed”.

As of monetary policy, it’s necessary to focus on supporting corporate financing and sustaining employment. “If the economic recovery is delayed, the potential growth rate of Japan’s economy could decline through rises in bankruptcies of firms and unemployment, and the functioning of financial intermediation also could deteriorate, reflecting the materialization of credit risk.”

Also from Japan, Tokyo CPI core ticked up to -0.2% yoy in September, from August’s -0.3% yoy better than expectations. 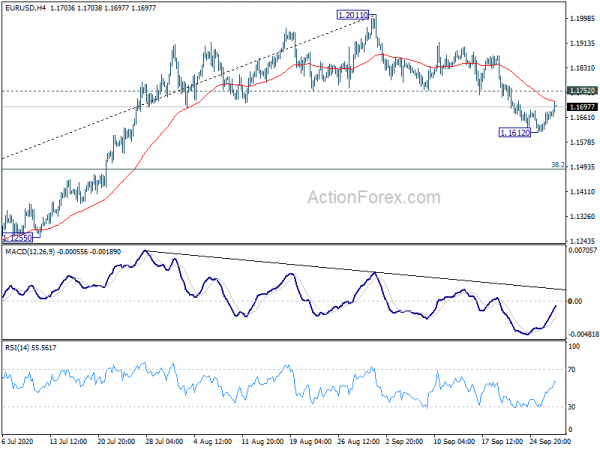 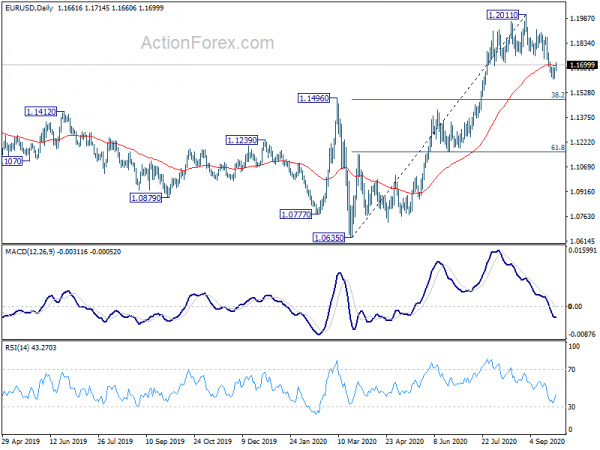 ‘First True Litecoin Game’ Is an RPG Knights and Wizard-fest