A beginning of a new month may change the look of the market for most cryptocurrencies. Especially now that we have kicked-off the final quarter, the anticipation for a rally or a dump may become visible. To gauge the market, volatility also plays a role, while a lack of it indicated consolidation, the presence meant a price swing.

The following markets of Ethereum, EOS, and VeChain are being analyzed in terms of volatility and prevailing trends to chart the standing of the market, at press time.

Ethereum’s chart noted that the digital asset has remained fairly volatile throughout September and has entered the new quarter with the same volatility. Although, the trend being highlighted by the Parabolic SAR was a bearish one as the price movement has not been strong enough to switch the existing trend.

The volatile ETH market has been fueled by the decentralized finance [DeFi] which resulted in driving the transaction cost on the network. As the high fees have failed to reduce, researchers suggest this could be the new norm.

The EOS market has been at a loss in YTD and has been trending lower since August. Thus even the current market trend did not offer much of a relief to the investors as the price was trying to rise higher, but overall, bears were still marching in the market.

With volatility still intact, Awesome Oscillator’s value remained under the Zero line suggesting the short-term period is trending lower than the longer-term period. 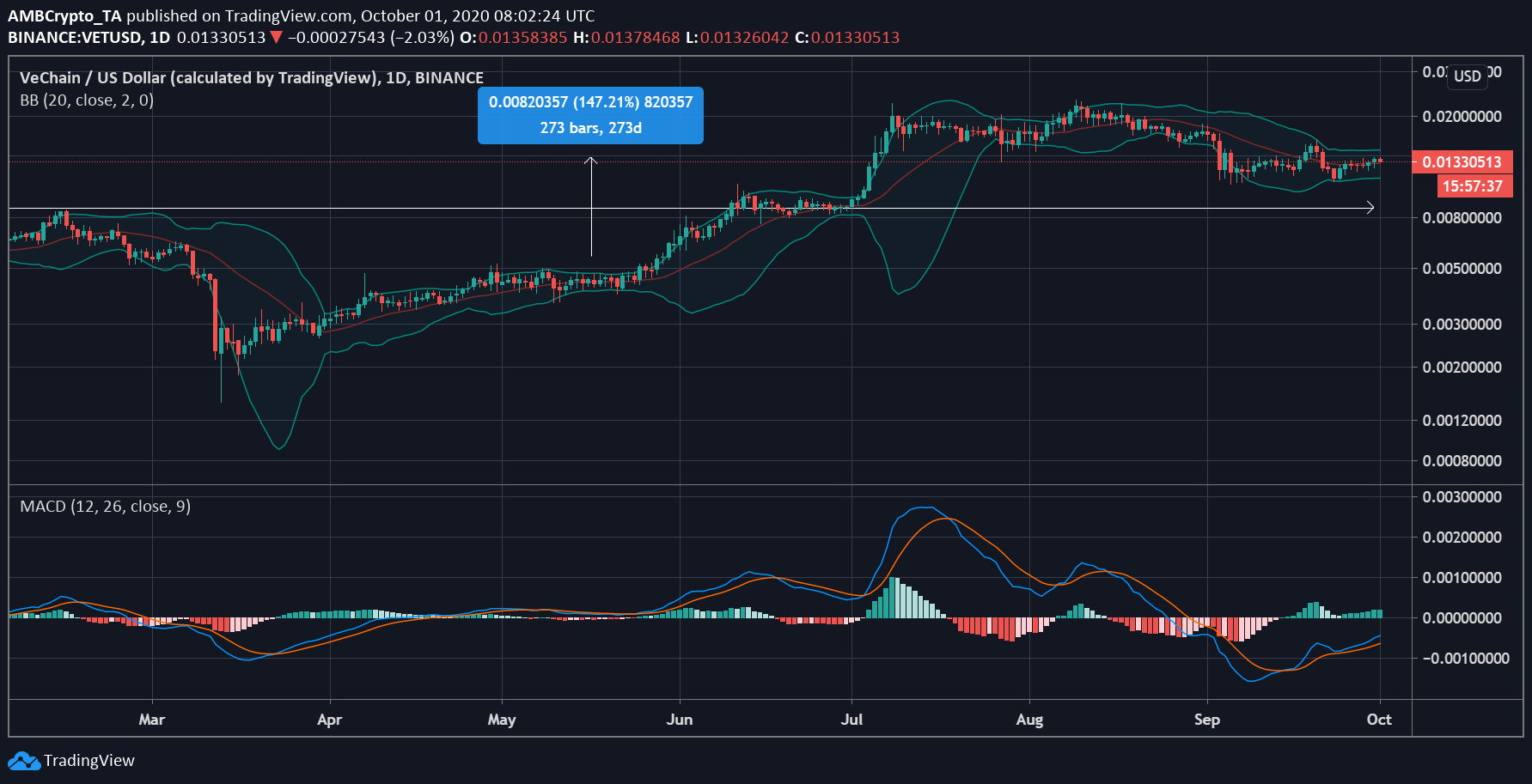 The VeChain market has seen the volatility reduce over the past couple of days as the Bollinger Bands converged. The market has also seen a reversal in trend as the buyers are currently making the market, however, the trend has not been able to catch up as the bars remained shorter. This could mean that a trend reversal could be around the corner.

Recently, the VeChain Foundation has posed its VeChain Thor Blockchain ideal for crating NFTs, a market that has been valued at +$300 million by the end of the year.

Up or down? Ethereum (ETH) price prediction for October

Ethereum (ETH) Price Near $375.91; Crosses 50 Day Moving Average, Heads Up For the 2nd Consecutive Day, Price Base in Formation Over Past 90 Days