Gold markets have gone back and forth during the trading session on Thursday, with a slightly negative twist. This is a market that had to deal with a strengthening US dollar as the European Union continues to get hammered. Ultimately, this is a market that is moving basically on the idea of where the greenback is going, so it is not a huge surprise to see that we had a bit of a negative candlestick.

Looking at this chart, the $1850 level of course is an area where we had seen a bounce previously, so it makes sense that we would show signs of support. However, I also believe that there is even more support at the $1800 level, which is an area where we had seen a major breakout previously. That being said, the market is likely to see a lot of interest in that area, not only due to the fact that we had broken above there, but the fact that the 200 day EMA sits just below there as well. In other words, I think a lot of people who have missed the entire move higher would be very interested in trading in this area.

Looking at this chart, I believe that the 50 day EMA above could offer significant resistance, so if we do bounce from here it is likely that we could run into a lot of trouble in that general vicinity. That being said, if we break above there then we start looking towards the $1950 level. That is where we have seen a lot of supply as of late, and I would anticipate that there is a lot of noise between there and the $2000 level. This is why I like the idea of buying the dips, because it is a much more easy way to get involved in the market and I do think that there is a high likelihood of the US dollar continuing to strengthen through the rest the year. With this, we should get quite a bit of volatility heading into the presidential election as well, so there are so many things going on out there that will move the greenback and then by extension move the gold market that I do think you will get an opportunity to pick it up at a better pricing. 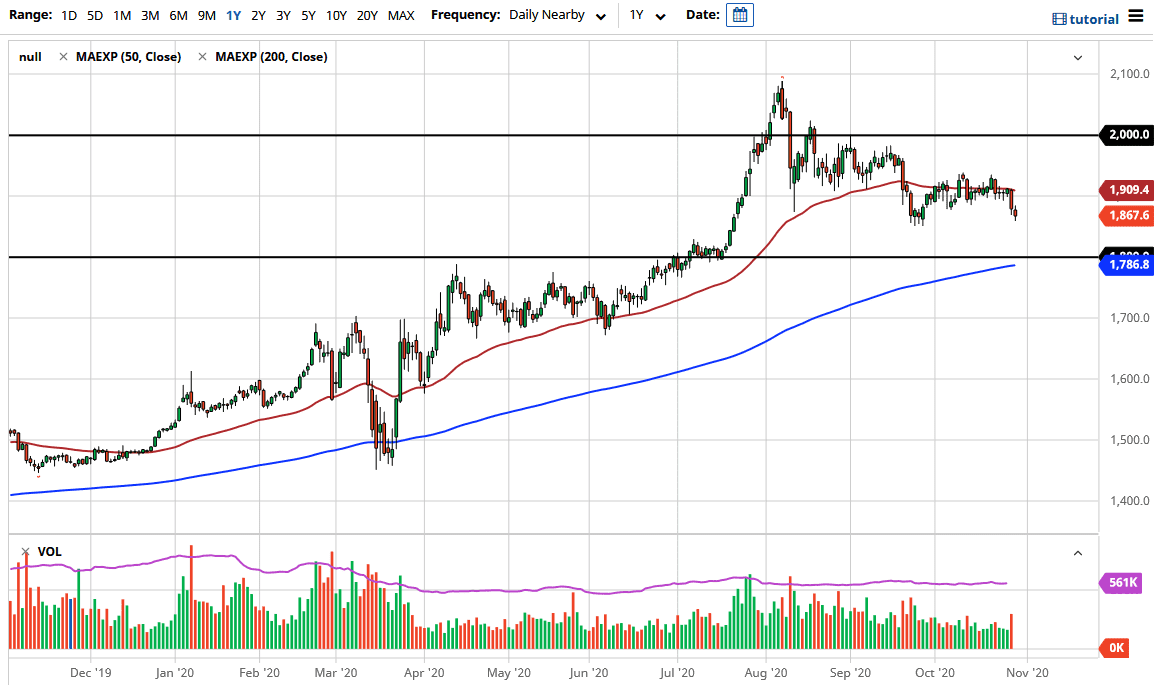